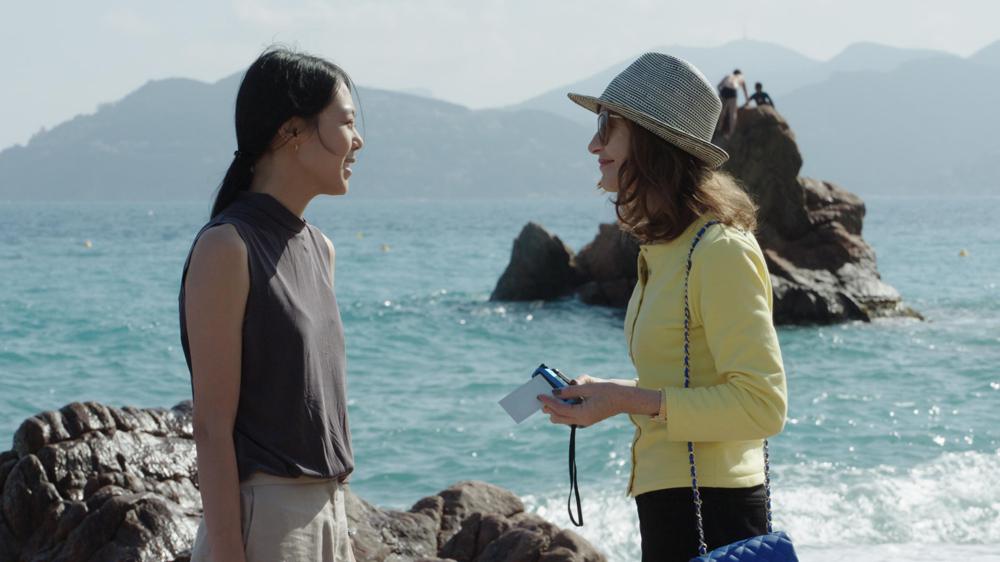 On a business trip to the Cannes Film Festival, Manhee is accused of being dishonest, and fired. A teacher named Claire goes around taking photos with a Polaroid camera. She gets to know Manhee and sympathizes with her. Claire is like a person who can see Manhee’s possible future or past selves, through the mysterious power of the beach tunnel. Through taking photos, Claire has acquired the ability to look slowly at things, and to transform objects. Now, Claire goes with Manhee to the café where she was fired. We look forward to seeing Claire’s power at work.

Hong Sangsoo was born on October 25, 1960 in Seoul, Korea. Hong made his directorial debut with The Day a Pig Fell into the Well (1996). Hong is one of the well-known Korean directors in the international film world, and is called as ‘Woody Allen’ of South Korea. His notable awards include the Prix Un Certain Regard at the 2010 Cannes for Hahaha, the Silver Leopard Award for Best Director at the 2013 Locarno for Our Sunhi, and the top prize Golden Leopard at the 2015 Locarno for Right Now,Wrong Then.