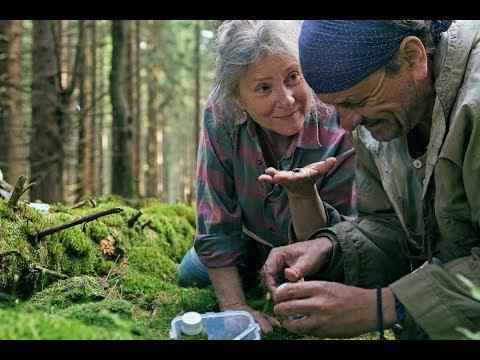 Retired civil engineer Duszejko lives a secluded life in a mountain village close to the border between Poland and the Czech Republic. She is charismatic and eccentric, a passionate astrologer and a strict vegetarian. One day her beloved dogs disappear. On a snowy winter's night shortly afterwards she discovers the dead body of her neighbour and, next to it, deer tracks. More men die in a similarly mysterious way. All of them were pillars of the village community, and all were passionate hunters. Were these men killed by wild animals? Or has someone been provoked to pursue a bloody vendetta? At some point Duszejko herself comes under suspicion ...

Agnieszka Holland (28 of November 1948, Warsaw)was a student of film directing at FAMU in Prague. She began her film career working in Poland with Krzysztof Zanussi as assistant director, and Andrzej Wajda as her mentor. She wrote several scripts with Wajda before directing her own films, which were soon winning awards at festivals - [ Cannes (1980), Gdansk, Berlin (1981), Montreal (1985,1987), Golden Globe Award (1991)] Holland is best known in the United States for her Oscar-Nominated Angry Harvest, Europa, Europa, and Warner Bros. films: Olivier, Olivier and the The Secret Garden.