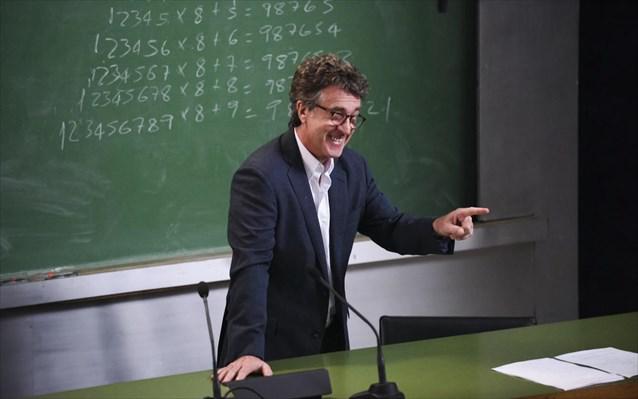 Athens 2015. Five murders occur in the city. DimitrisLainis, a criminology professor with Asperger’s syndrome, undertakes to assist police in solving the hidden mystery behind these five murders. His only allies are the puzzle of the Pythagorean theorems and Marcel De Chaf, a professor of mathematics, who as another “deus ex machina” will lead Lainis towards the solution to the mystery. The closer he gets to solving the murders, the more he enters dangerous paths. Will he be able to solve the mystery and discover the guilty ones?

Sotiris Tsafoulias (1975) studied business and Maritime Law. After a successful career in business, he returned to the cinema that has always been his goal. In 2014 he made his debut Common Denominator. His second feature, Other Mewas well received by critics and, audience alike and, won Audience Award at Thessaloniki Film Festival.