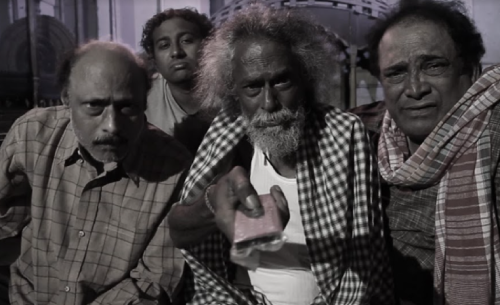 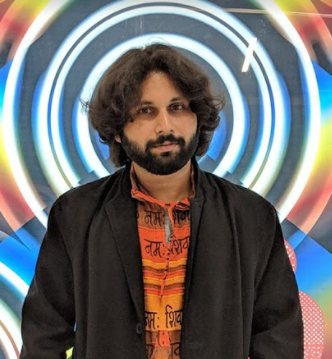 Amartya Bhattacharyya is a writer and filmmaker from India. He is a National Award winner, a State Awardee, and has bagged over twenty international awards as a director, writer, cinematographer and editor. Most of Amartya's films, poems and other works are dark, mostly surreal, and psychoanalytic in nature. Amartya’s films have been screened at over 140 international film festivals around the world including the prestigious Moscow IFF, Oakland, IFF India, IFF Kerala, Kolkata IFF, Jogja-NETPAC, etc. Some of his notable films are Runanubandha – The He without Him, Khyanikaa – The Lost Idea, Capital I, Benaras – The unexplored attachments.

The film is a socio-cultural comic tribute to the legendary French filmmaker Jean-Luc Godard. The film is based on an old man named Ananda, who happens to be a pornography addict. He secretly watches pornography with some friends in a conservative Indian village. One day, they accidentally come across a Godard’s film mistakenly rented as pornography. Though his friends were disgusted, Ananda gets attracted to Godard’s film and gradually develops an obsession. He initiates the idea of hosting a film festival in their village where Godard’s films will be screened. The festival gets organized after a lot of drama, but what happens next is to be seen.