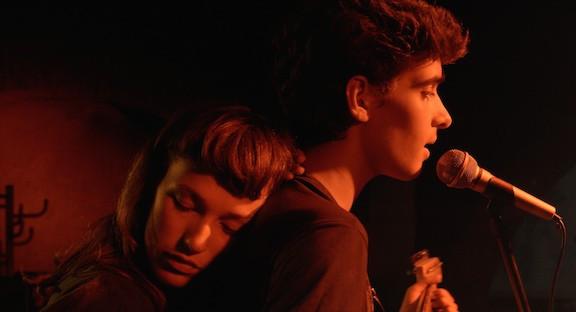 In Portugal, a father, a mother and a daughter’s daily lives are being subsumed by the effects of the economic crisis. This is a process which begins to influence their life together by degrees while their nicely furnished high-rise flat continues to tell a tale of different, bygone times. The unemployed father spends his days on the roof gazing at the horizon which no longer offers him a future. The mother returns home exhausted from working double shifts. Their adolescent daughter keeps her secrets to herself and wonders if there is enough money to pay her bus fare to school. It may not be apparent to father, mother or daughter but each of them has long since begun to take their lives in their own hands and to reshape them.

Teresa was born in Lisbon, Portugal in 1966; she began her career as an actress, co-writer and co-director at the theatre of the School of Fine Arts in Lisbon. She appeared as an actress in À Flor do Mar, then worked as an assistant to Paulo Rocha and as a co-writer with José Álvaro Morais and João Canijo. Since the 1990s she has directed her own films including A idade maior (The Major Age) which screened at the Berlinale in 1991. She made her international breakthrough in 1998 with Os Mutantes (The Mutants).