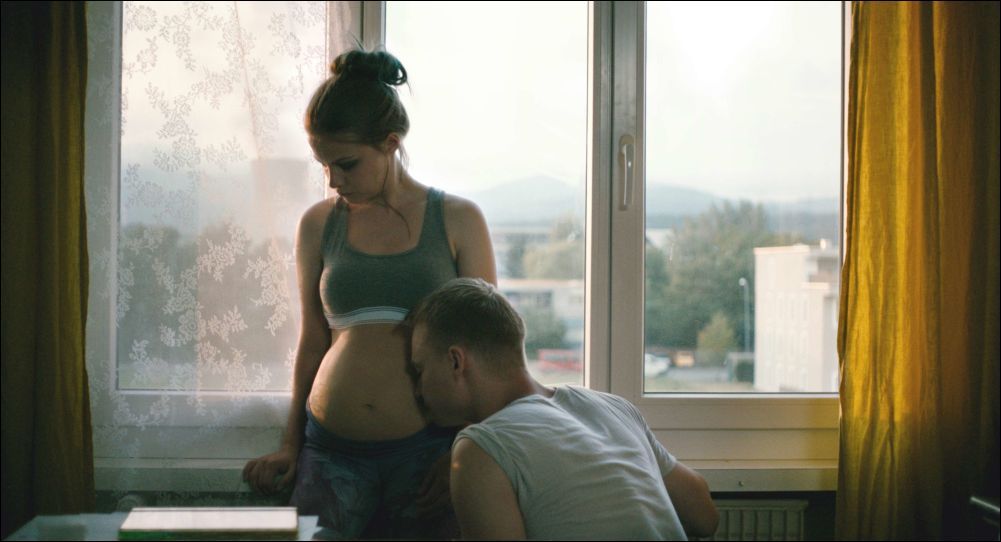 Gentle gestures, passionate gazes: separated from the rest of the world, David and Jessy live in a simple two-room apartment in the suburbs. Their love is put to the test when Jessy unintentionally gets pregnant. The thought of becoming a father causes David to panic. When, a few days later, they are attacked in the suburban train and David is unable to protect his girlfriend, David’s fear of not being man enough is confirmed. In desperation, he starts to inject anabolic steroids and gets into excessive power training. His newly acquired muscles initially help him to feel strong and confident. But the effect of the steroids soon turns negative. David develops aggressive and unpredictable traits and becomes a threat to his girlfriend and the unborn child…

Storytelling has always played a huge role in the life of Dominik Locher. In the beginning radio plays, later the albums of Eminem, then films from all over the world. At very young age he travelled to Russia, later to the United States. Back in Zurich, he directed his first off-theatres, then went on to study at the Zurich Academy of Arts and at the American Film Institute. Ambition, insecurity, and the longing for warmth play central roles in his works.