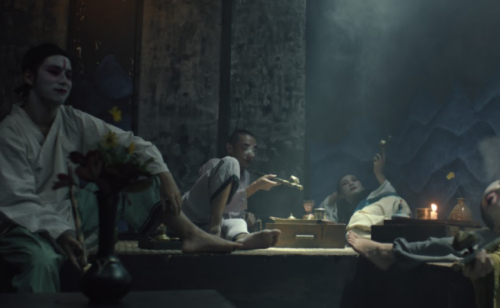 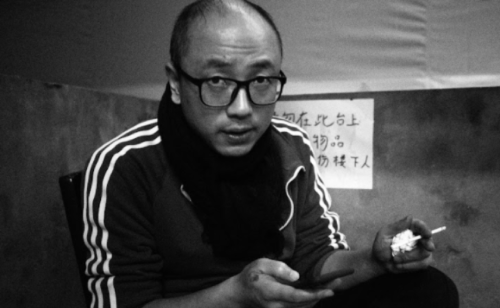 Qiu Jiongjiong is an active contemporary artist and filmmaker in China. As an artist, his works have been exhibited all over the world. As a filmmaker, his experiments with cinematic language and aesthetics in documentary film-making have earned him a reputation as one of China's most important independent directors. His experimental/documentary feature Mr. Zhang Believes (2015), supported by a Sundance Post-Production Grant, premiered at the Locarno IFF and has been screened internationally. Jiao Ma Tang Hui (A New Old Play) is his first fiction feature.

One evening in the 1980s, Qiu Fu, a leading clown-role actor in 20th-century Sichuan opera, departs this world and must reluctantly set off for the Ghost City under the escort of two underworld officials. Along the way, he meets old friends. As they recall the past, earthly scenes creep into the mists of the Netherworld.
Qiu Fu’s life in opera unfolds against the backdrop of a secular upheaval. The "New-New" Troupe in which he grows up and learns his trade is affiliated with the military. As power shifts, the troupe is cast loose to wander rootlessly through a broken world. Despite this unsettled destiny, shaped by war, famine and political turmoil, Qiu Fu becomes one of the finest clown-role performers in Sichuan opera. And yet, one day he finds himself clapped in a pigsty as a political revolution rages outside.
Outside the Ghost City, sitting among familiar faces, Qiu Fu drinks the mandatory bowl of Forgetfulness Soup to erase his memory. A lifetime of hardship, pain and sorrow, all vanish as if they had never been.