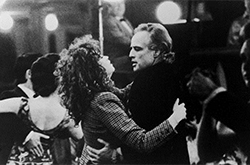 Master of colourful visuals, Bernardo Bertolucci, was born in Parma, Italy. He served as assistant director for Pier Paolo Pasolini on the film Accattone (1961). He debuted with La Commare Secca (1962). His second film, Before the Revolution (1964), received an Oscar nomination for best screenplay. The Conformist (1970) won many accolades at festivals, including Berlinale. Bertolucci also received an Oscar nomination as best director for Last Tango in Paris (1972), and won the best director and best screenplay for the film The Last Emperor (1987). He is a recipient of Honorary Palm d'Or at Cannes 2011.