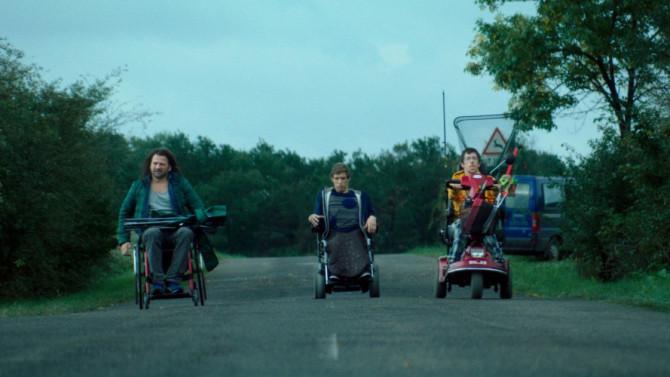 This 2016 Hungarian Oscar® submission is a coming-of-age film disguised as an action comedy thriller. Two young men with physical disabilities, Zoli and Barba, make friends with contract killer/wheelchair-user Rupaszov to form a gang of hired assassins. This is a story of unlikely heroes who, in each other's company, find reasons to carry on.

Disabled or not, live life as much as you can, when you can. What do you have to lose? As in all stories, things are never as they first appear.

Graduated from the Hungarian Academy of Fine Arts in the Intermedia department. His debut film Panic premiered in 2008 at the Hungarian Film Review where it was recognized in a number of categories. His first short film, Beast, was inspired from extensive research of newspaper articles, and television news on the theme of modern-day slavery.Kills on Wheels is Till's most ambitious project yet, and it has been recognized at festivals around the world, including the Chicago International Film Festival. It is Hungary's official submission to Oscar Awards.