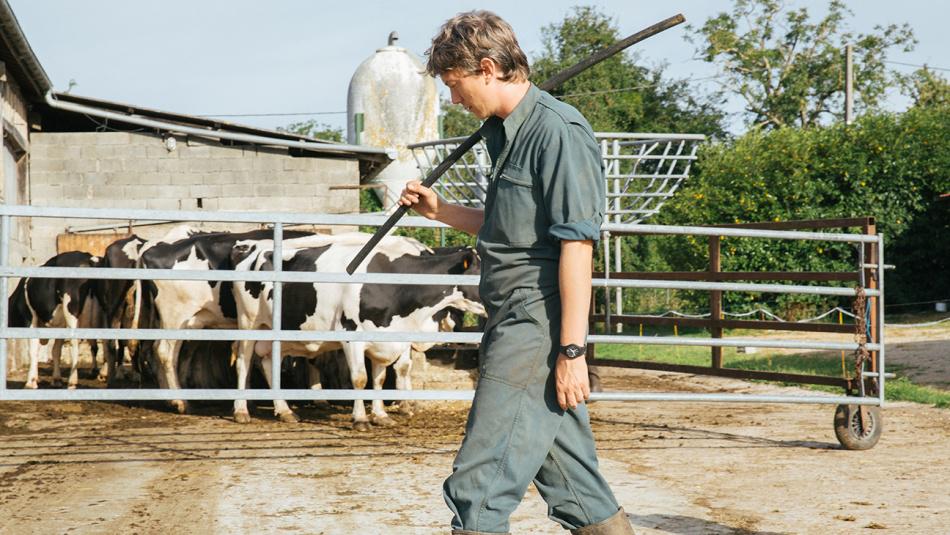 Pierre, in his thirties, is a breeder of dairy cattle. His life revolves around his farm, his veterinarian sister and his parents whose livestock he took over. As the first cases of a zoonotic outbreak are reported in France, Pierre discovers that one of his animals is infected. He cannot cope with the perspective of losing the whole herd. They are everything he has and he will do whatever it takes to save them.

Born in the East of France in 1985, Hubert Charuel is the son of a couple of dairy farmers. After studying and graduating from The FEMIS Film School in 2011, he co-wrote and directs three shorts. In 2016, he co-wrote and directedPetit paysan, his first feature film, half-documentary (about life in a dairy farm), half-fiction (a young dairy farmer tries desperately to save his herd from the ravages of an epidemic disease). Both interesting and thrilling, Charuel's film is distinguished at the Critics 'Week of the 2017 Cannes Film Festival, acclaimed by the critics and well received by the public.