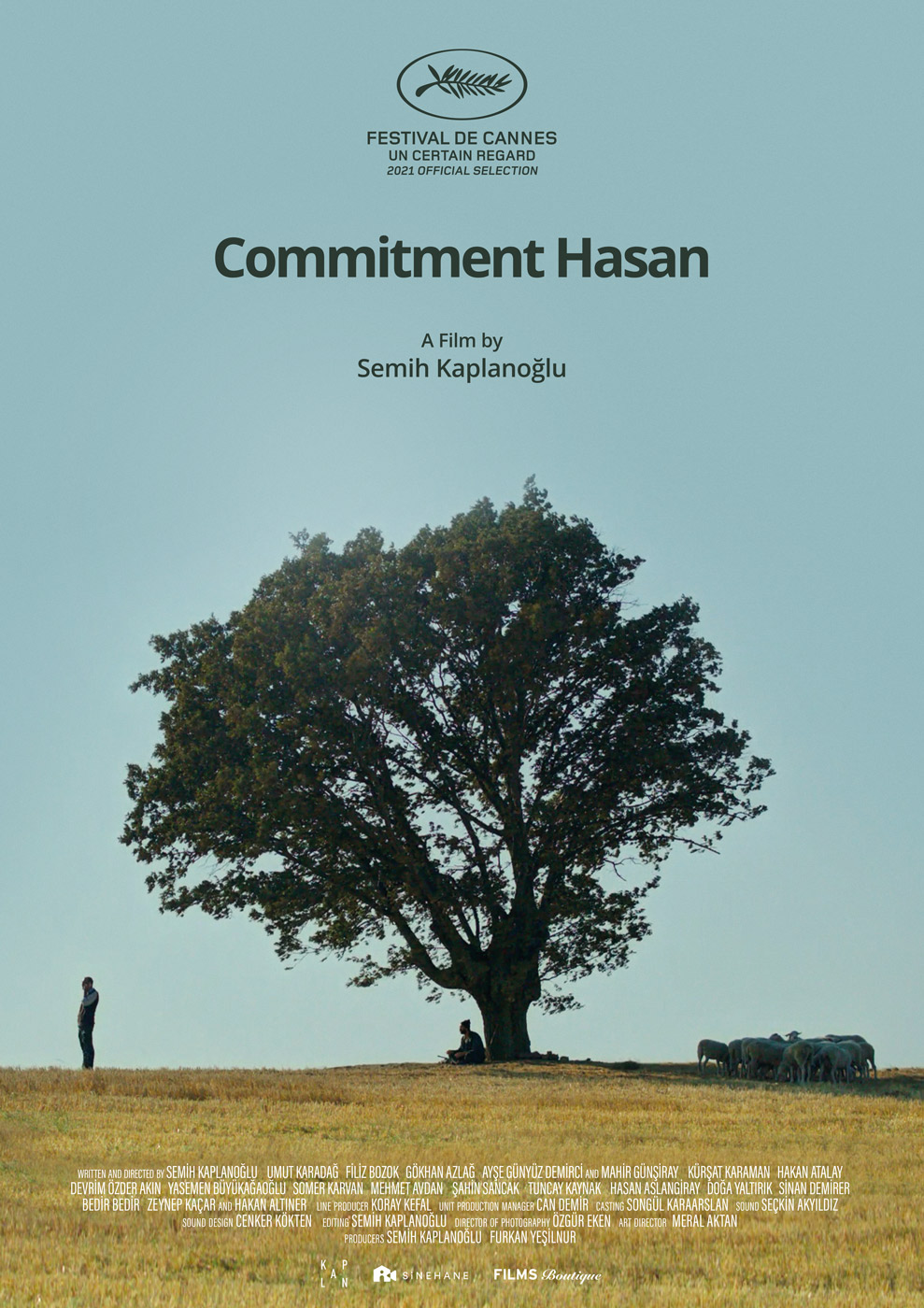 Born in Izmir, Semih Kaplanoglu studied film at Dokuz Eylül University. He was noticed for his first feature Away from Home (2001). Angel’s Fall won awards in several countries after being premiered at Forum, Berlinale 2005. He went on to direct The Yusuf Trilogy: in 2007, Egg was screened at the Directors’ Fortnight in Cannes and subsequently garnered over thirty prizes internationally; Milk was selected in competition at the 2008 Venice FF; and in 2010 Honey took the Golden Bear in Berlin. More recently, Kaplanoglu coproduced Aida Begic’s film, Children of Sarajevo, which was awarded a Special Mention at Un Certain Regard in 2012. Commitment Hasan is the second part of a new trilogy called the Commitment Trilogy.

Making his living from gardening and farming in the land he inherited from his father, Hasan tries to get rid of the electric power pole that is going to be installed in the midst of his land. In the meantime, his impending voyage to Mecca for pilgrimage leads to soul searching into his past.