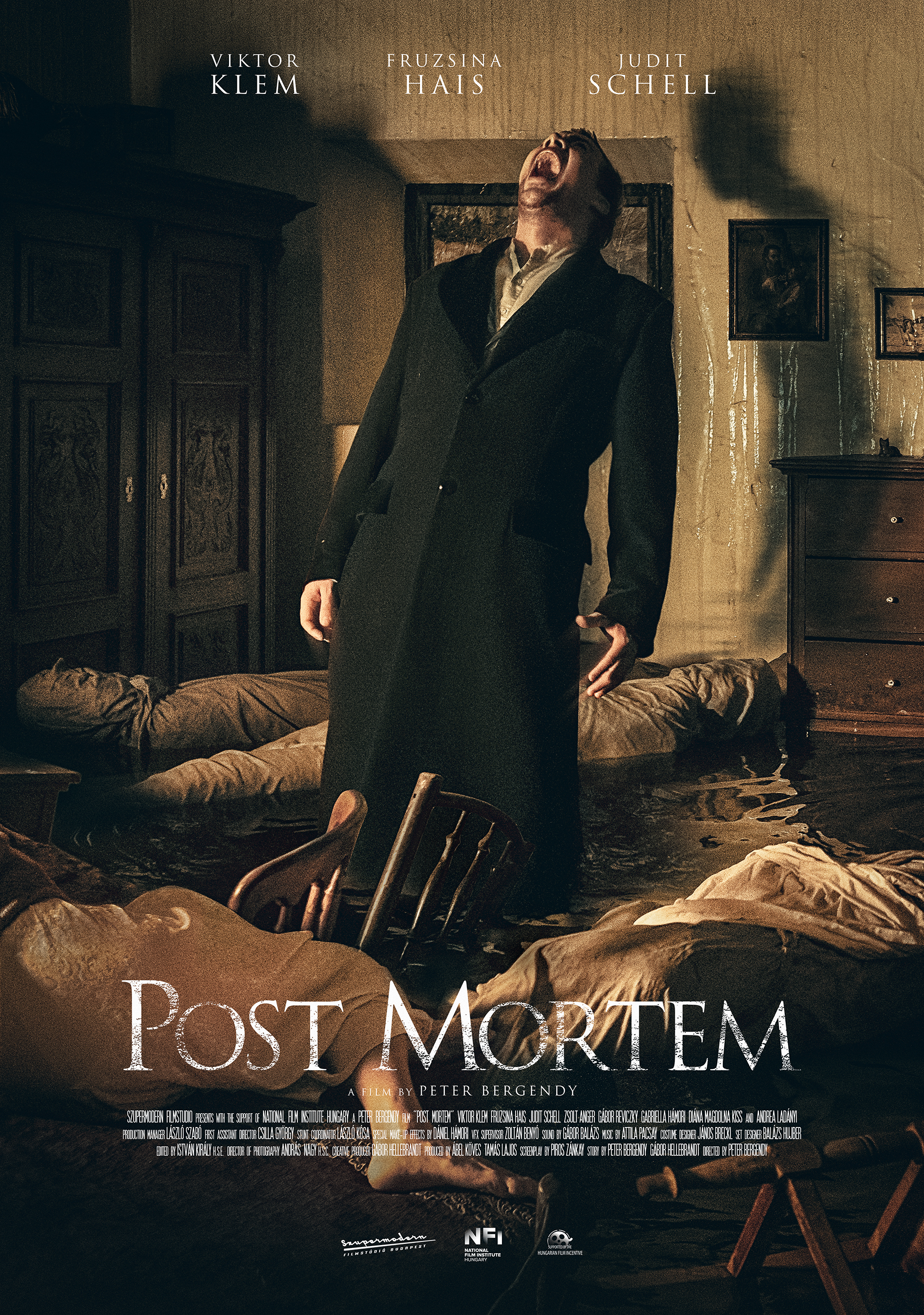 Péter Bergendy is a Hungarian director, born in 1964. Originally graduated as psychologist, where he wrote his thesis on horror film psychology. For ten years he was the editor-in-chief of the Hungarian issue of German Cinema Magazine, he worked as academic researcher for the Hungarian Film Institute, also as editor and director in Hungarian television. As a director, his first feature film, Stop Mom Teresa! was released in 2004 achieving national and international recognition for him. His cold war spy film noir The Exam (2011) has won New Directors Gold Hugo, in Chicago IFF 2012. His next thriller, Trezor (2018) was the first ever Hungarian tv-film nominated for International Emmy Award in 2020.

As a result of the destruction caused by World War I and the Spanish Flu, countless spirits have become stranded in our world. Tomas, the young, wandering, post mortem photographer, ends up in a small Hungarian village during the freezing winter of 1918, after meeting a ten-year-old orphan girl, Anna. But as he becomes more closely acquainted with the life of the place, he feels increasingly like he must escape it. The noises in the night, the village enveloped in hostility, the strange deaths, and the shadowy figures appearing in his photographs all prompt him to leave as soon as possible. Only a vision in the night and the certainty that ghosts exist, makes Tomás return to the village, his conscience and desire for action awakened. He decides to investigate the ghosts' intentions and find a way to get free of them. The little girl accompanies Tomás's exciting exploration through all its dangers, but they find no clear answers; all the while, the spirits wreak greater havoc as each moment passes.