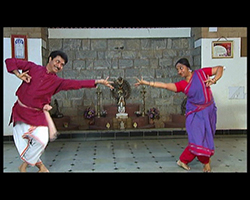 Manohar Singh Bisht started working as an engineer in Films Division. He did editing course for FTII, Pune. Since last 8 years, he is making short films on Phalke award winners. He has also made biographical films on late Shri V.K.Murthy, veteran cameraman of Black & white era. He has recently finished a film on Yoga with Asha Bhosle. Amongst other films, he is completing post production work of biographical films on Dr. Rama Naiddu, and Shashi Kapoor.

Credited with making unconventional films with women as protagonists and on complicated interpersonal relationships, unusual themes in an era when Tamil films were dominated by action potboilers, K. Balachander is regarded as one of the most successful and respected film makers of India. The credit for introducing and mentoring many well known artists including Kamal Haasan and Rajinikanth goes to him. K. Balachander occupies a high place in the pantheon of Indian film makers who had ushered in a new era in film making in the south especially in Tamilnadu in the 70's and 80's. This film captures candid moments in the life of the master film maker.