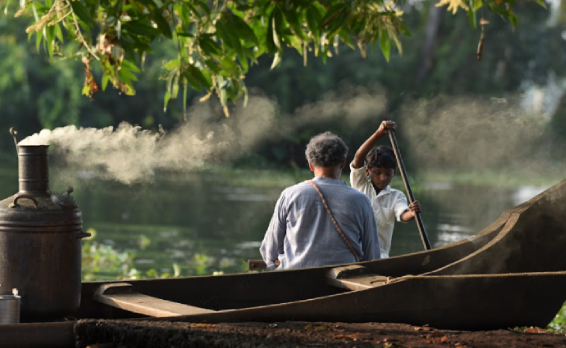 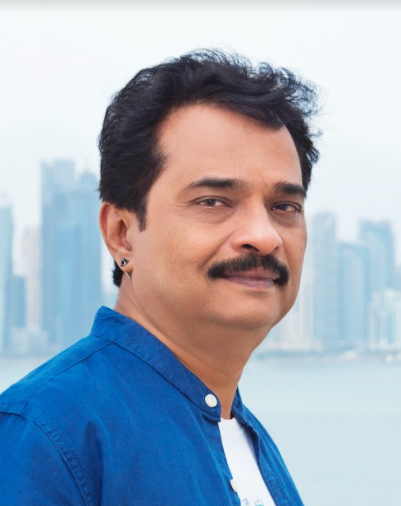 Jayarajan Rajasekharan Nair, professionally credited as Jayaraj, is an Indian filmmaker, who predominantly works in Malayalam film industry. Jayaraj is a recipient of the Crystal Bear Award at the Berlin IFF, the Golden Peacock award at the IFF India, the Golden Crow Pheasant award at the IFF Kerala , the FIPRESCI Award from the International Federation of Film Critics, the Don Quixote Award from the International Federation of Film Societies, The Network for the Promotion of Asian Cinema (NETPAC) award and a special mention award at the Karlovy Vary IFF. He is also a 7-time recipient of the National Film Award and several Kerala State Film Awards.

An eight-year-old boy Poonjan is not any ordinary boy. He earns a living by doing mean jobs like fishing in the back waters to look after his family consisting of a drunkard father, grandfather and great grandfather. His mother eloped with another person years back.

One day, Poonjan saw a blind man sitting alone in the boat jetty who seemed to have lost his way home. He is demented, and only remembers a certain tree full of Parrots in front of his house. An attempt to report this man in the police station was futile.

At last, Poonjan decides to find the way back to the blind man’s house by trying to spot the tree full of Parrots. Poonjan tried to find the way to the blind man’s home, asking directions to acquaintances and strangers enroute. Disheartened with the outcome of their journey, he was about to give up on the quest. Right then, they hear the sound of parrots which lead them to the “tree full of parrots “!