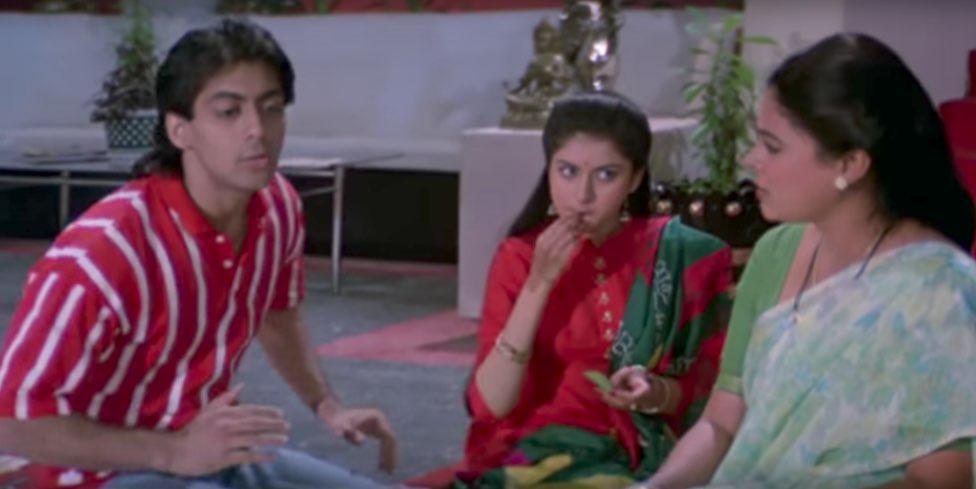 Karan lives in a small house with his only daughter, Suman. He decides to travel overseas in Dubai, so that he can accumulate enough wealth to get his daughter married. He decides to leave his daughter with his friend, Kishen and his wife Kaushalya, and son Prem. Prem is supposed to marry the daughter of Kishen's business partner, Ranjeet. But Prem falls in love with Suman. He woos her until she reciprocates. Kaushalya approves of Suman, but Kishan does not, and asks her to get out of his house and life, as he feels that she has taken advantage of his hospitality. Karan returns and is enraged at Kishan'sbehaviour. Prem is unhappy with his dad's decision, and he decides to leave home and be near Suman. But Karan does not approve of Prem, and will not let him come anywhere near Suman. Prem will now have to prove himself to Karan, that he is not the same as his dad, and is worthy of Suman's love.

Known to every audience as a loving mother, Reema Lagoo was a face that symbolised affection and, care à la mother. Starting her career with landmark films like Sinhasan, and Akrosh in 1980, she went on to play supporting roles as the mother of the lead characters in many films. She first rose to prominence with Maine Pyar Kiya. Her performance in Vaastav was a game changing performance in her career. Her Marathi film, Savalee, introduced a new dimension of her acting to audience. The film and, her performance was widely praised.