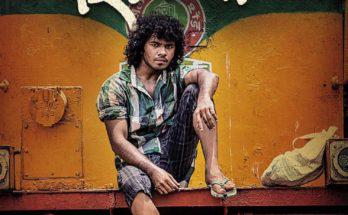 The film tells story of Ziprya, a 17 year-old shoeshine boy from the slums of Mumbai, who is about to experience the biggest turnaround of his life. He loves his sister Leela immensely and cares a lot about his friends Aslam, Pombya, Narya, Damya and Ganjoo. They are all trying genuinely to survive the life by the way of bootpolish on the busy platforms of Mumbai local trains. But things become bad to worse when Mumbai enters the monsoon season, when people do not get their shoes shined. So endurance becomes much harder for Ziprya and his gang. In this arduous situation, normally youth drifts easily towards felony. So by harnessing the skills and leadership qualities, backed with the muscle of Narya, even Ziprya has every prospect of becoming a goon and a gang leader. But he chooses a different and difficult path to survive. ‘Ziprya’ is a life inspiring drama combined with thrills and twists that have a roller coaster effect, and edge of the seat excitement.

Kedar Vaidya is a Marathi film director who has vast experience as a film maker. He has worked in Hindi cinema with Vikram Bhatt and, was Chief AD on famous Marathi film Aga Bai Areccha! Ziprya is his debut film