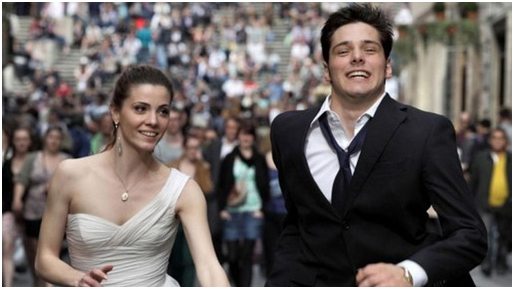 Gina and Marco are living in the suburbs of Rome. The two meet on a very special day: their first day at work. They have a future that awaits them and really seems at hand. Gina is about to realize her dream of becoming an actress, while Marco for the first time has found an opportunity that allows him to start dreaming: a job in a car rental company as a driver. They are enabled to know each other since his first duty is to drive Gina to an appointment, and given a delay, they have to share the whole day. This journey will take them from the periphery to the center of the city, will serve both to compare their experiences and think about a future that has already begun.

Francesca Comencini (born 19 August 1961) is an Italian film director and screenwriter. She attended the Lycée français Chateaubriand school with her sisters. She has directed 14 films since 1984. Her film Le parole di mio padre was screened in the Un Certain Regard section at the 2001 Cannes Film Festival. In 2012, her film Un Giorno Speciale was selected to compete for the Golden Lion at the 69th Venice International Film Festival.