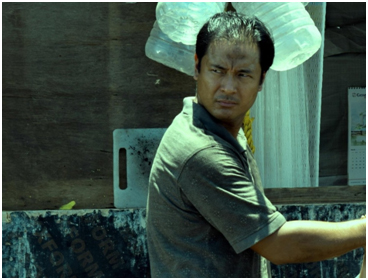 Pipo is forty years old. To make ends meet, he has to take the worst and the hardest job without complaint. He must support himself and Cyril, a teenage lover. The girl and work are the only things left in his life. He fights with an unfriendly boss every day, and recently he has also fought with Ben, a childhood friend who wants to get Cyril back, his daughter. Pipo has lived under stress as long as he remembers. He is like a ticking bomb. Recent events make him literally seconds away from explosion.

Ralston G. Jover hails from Manila, where he attended Creative Writing and Film Studies at the Mowelfund Film Institute. His first big break came in 2006 when he wrote Kubrador (The Bet Collector), tackling the gambling menace called jueteng in the Philippines. In 2009, he directed BAKAL BOYS (CHILDREN METAL DIVERS), which reveals social condition of poor children diving for scrap metals in Manila Bay. It received Best Film Prizes in Vancouver, Torino, Barcelona and Lyon. It also garnered Best Screenplay Award in Thessaloniki. BAKAL BOYS became the most awarded Filipino film of 2009.