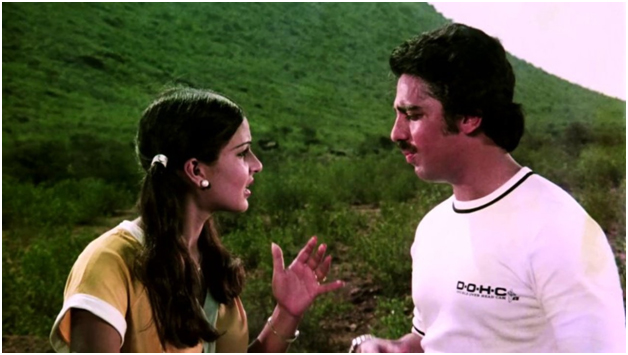 Hindi-speaking girl Sapna lives a wealthy lifestyle in Dona Paula, near Panaji, along with her Professor dad, Kundanlal, and mom. Their immediate neighbours: Tamil-speaking vegetarian tenants, V. Sivaramakrishan, his wife, Vandana and son, Vasudevan, detest Kundanlals' meat-eating habits. Both families are aghast with surprise and anger when they find out that Sapna and Vasudevan are in love. Strong opposition only strengthens their romance, forcing the families to compel the couple to stay away for a year. Both agree, and Vasudevan leaves for Hyderabad, for his job. He befriends a widow, Sandhya, and learns how to dance as well as read and write Hindi, while his dad arranges his marriage with Tamil-speaking Tulsi. Meanwhile, Vasudevan finds out that Sapna has got married. In dismay, he decides to propose to Sandhya, who agrees to marry him. What impact will Vasudevan's past have on Sandhya when she finds out about Sapna? What will happen of Sapna when she realises that she has lost her love to someone else?

Kailasam Balachander (9 July 1930 – 23 December 2014) was a legendary Tamil filmmaker who was well known for his distinct film-making style, and as a master of unconventional themes and hard-hitting contemporary subject matter. His films are well known for their portrayal of women as bold personalities and central characters. In a career that spanned 50 years, he had contributed to nearly 100 feature films either as a screenwriter or director. Balachander had won nine National Film Awards. He was honoured with the Padma Shri, and the Dadasaheb Phalke Award, India's highest award in cinema.