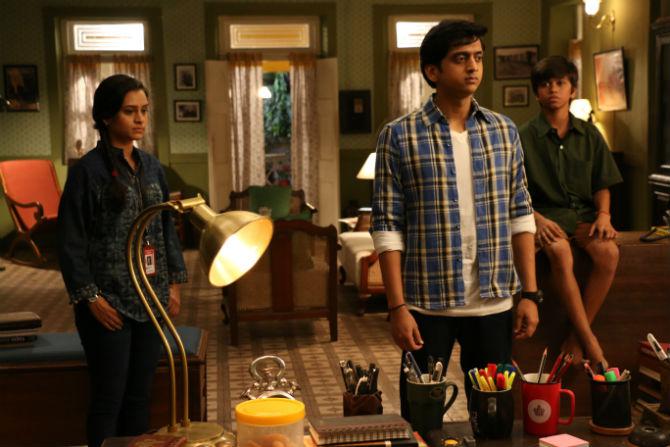 Banesh Fene, a charming, witty and extremely sharp guy with daring nature and an uncanny knack for investigation who comes to Pune for a medical exam, witnesses a shocking incident. He suspects a foul play and with the help of his Aajoba, Aboli, and Bhubhu, Banesh decides to investigate more about the incident. Soon, he realizes that he has walked himself into trouble as he has to face off against Appa, a cruel criminal. Will an amateur detective stand against the might of Appa, forms the crux.

Aditya Sarpotdar is an Indian Marathi film director and costume designer best known for his blockbuster film Classmates. He started his career as a director with Uladhaal starring Ankush Choudhary and Subodh Bhave. His film Narbachi Wadi was loved by critics and audiences alike. Classmates, a multi starrer film was his biggest box office hit. His recent film Faster Fene is based on classic series of novels by B. R. Bhagwat. The film received rave reviews.