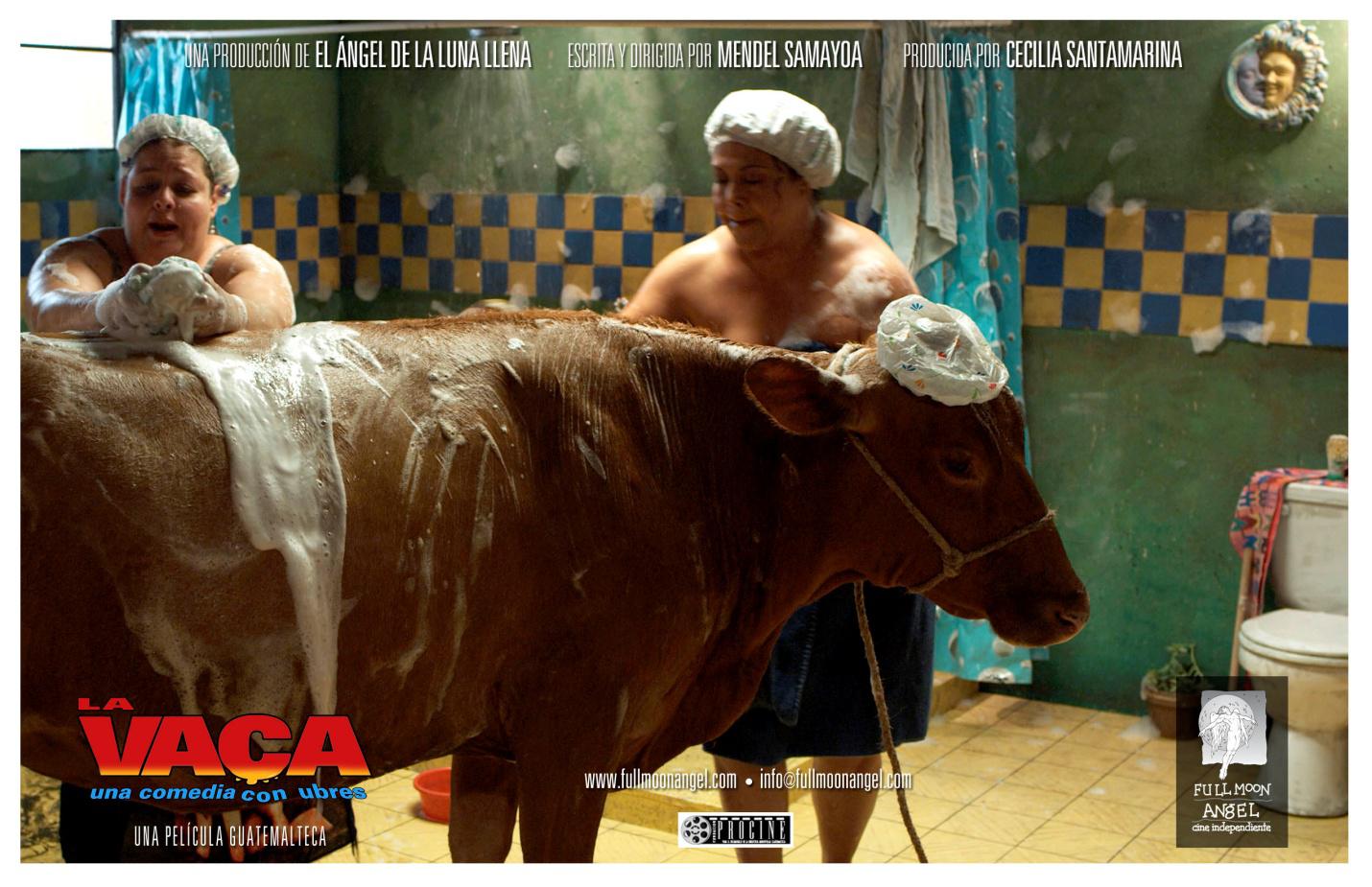 When famous American archaeologist Albert Frederick Thomas Jackson dies in his beloved small town in Guatemala, a whole series of misadventures is triggered by the rather peculiar items outlined in his will, an important part of which involves a cow named Tracy. These eccentricities are matched only by the arrival of the two wives — and, seemingly, two heirs to the fortune. Add in a couple of shady lawyers and a mischievous taxi driver and you have an offbeat comedy about the differences between urban and rural Guatemala, and the even more complex comedic possibilities of the disparity between what is written and what is real.

Mendel Samayoa is a Guatemalan film producer and director. He graduated as an Architect from the University of San Carlos de Guatemala. He is known for his films La Vaca (2011), In 2014, he premiered his documentary Riding Towards a Dream, in which he documents his trip, along with Rolando Sett, from Guatemala to Milwaukee (United States) on a motorcycle. Samayoa is a prolific painter and, an artist whose work has been exhibited across the globe.