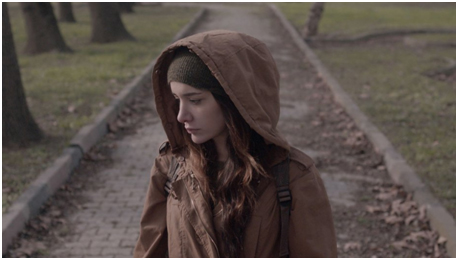 A News Channel employee Hasret, has been seeing the same nightmare for some time. Through recurring nightmares, a question creeps into her mind: Is it possible that her parents were not killed in a traffic accident twenty years ago but have died in some other, horrific way?

Ceylan Özgün Özçelik was born in 1980, in Turkey. After working as a text writer in TV channels and as a DJ in a radio station, she started to produce, write and host a TV show on cinema, which was aired for almost ten years. Add to that she produced and wrote four other culture-art TV programmes. Her feature film debut Kaygi/Inflame, a thriller about memory and mass media, has made its world premiere at the 67th Berlinale Panorama and won Luna Gamechanger Award at South by Southwest (SXSW).