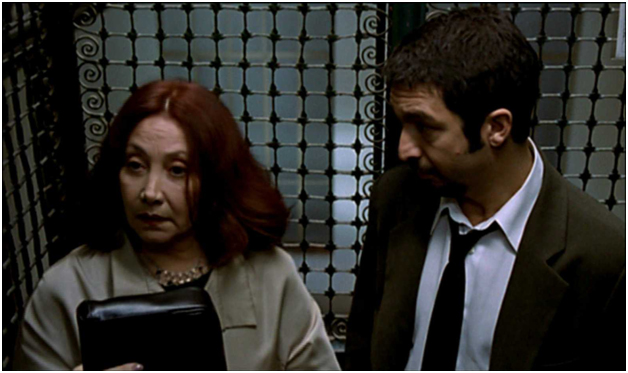 Two con artists - boyish, likable Juan and hard-edged, scheming Marcos - meet by chance. Marcos, who seems to have cheated everyone he knows including his siblings, is missing his partner, so he offers to teach Juan tricks for a day. Juan accepts, because he has some savings, but needs more to bribe a judge to release his father from prison. Marcos gets a call from an aging, ill ex-associate needing help to sell a forged set of rare stamps, the Nine Queens, to a businessman about to be deported. When the con men have to make it happen, Marcos asks Juan to use his savings to set up the deal. Is Juan about to be conned or is there more at stake than what meets the eye?

Fabián Bielinsky was born on February 3, 1959 in Buenos Aires. He started his professional career as an assistant director and writer who made much appreciated short films and commercials at the beginning of his career. He is known for Nine Queens (2000), The Aura (2005). He died on June 28, 2006 in São Paulo, São Paulo, Brazil.