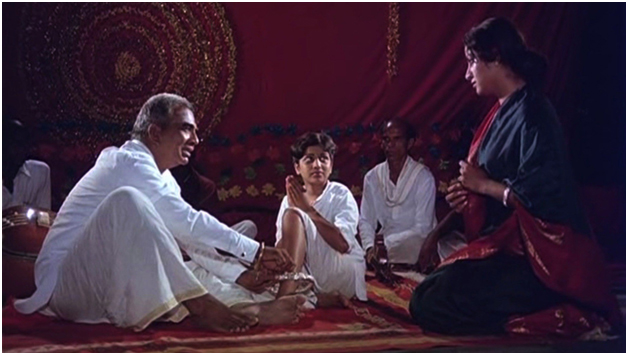 Lalita is an orphaned niece of an impoverished clerk named Gurucharan. Shekhar, is the son of their rich landlord neighbour. Shekhar had liking for Lalita. Gurucharan has to mortgage his house to Shekhar's father in order to get one of his daughters married as he is heavily debt-ridden. Shekhar's father often chides him about his overdue loan and a day comes when, completely pressed on all sides, Gurucharan is forced to take advantage of the altruistic offer of an interest-free loan made by a wealthy young man named Girin. This gives rise to an ugly misunderstanding that Lalita has been "sold" to Girin. What happens thereafter forms the gripping conclusion of this great story of perfect love.

Bimal Roy was an Indian film director. He is particularly noted for his realistic and socialistic films such as Do Bigha Zamin, Parineeta, Biraj Bahu, Madhumati, Sujata, and Bandini, making him an important director of Hindi cinema. Inspired by Italian neo-realistic cinema, he made Do Bigha Zamin after watching Vittorio De Sica's Bicycle Thieves (1948. His work is particularly known for his mise en scène which he employed to portray realism. He won a number of awards throughout his career, including eleven Filmfare Awards, two National Film Awards, and the International Prize of the Cannes Film Festival.