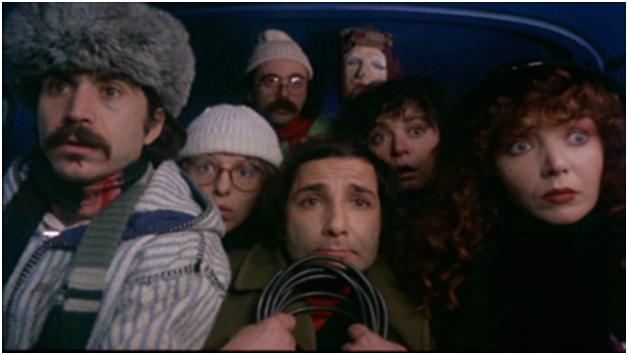 Misadventures of Colombo, an engineer in Milan. He is the only winner of an admission test for a job, and just for this reason he isn't hired. So he becomes a barman, and he discovers a special formula that turns simple water into the "Immortality drink". He is robbed of the magic water copyright. So he tries to set up a theatrical company, but the first show is a fiasco. Since finding a normal job seems a mission impossible, he tries to set the sentimental side of his life. He targets the most beautiful girl of his building, and for her he builds a robot able to dance like Tony Manero (John Travolta's character in Saturday Night Fever). The robot gets drunk (!). It is another fiasco. So he targets an ugly girl and finally with her, succeeds to live his surreal world for ever.