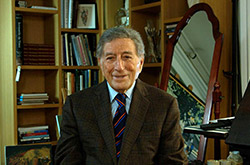 This powerful documentary about the role of Native Americans in contemporary music history-featuring some of the greatest music stars of our time-exposes a critical missing chapter, revealing how indigenous musicians helped shape the soundtracks of our lives and, through their contributions, influenced popular culture.

Catherine Bainbridge has an accomplished career in media. She has brought her signature enthusiasm and passion for storytelling to countless documentary, drama, comedy, and interactive media projects, notably the Peabody award-winning documentary Reel Injun, about Native stereotypes in Hollywood films.

Alfonso Maiorana’s DP experience on Hollywood films, Independent features, and television series brings a distinctive look and feel to the films he shoots. Passionate about music history and inspired by filmmakers like Jarmusch, Truffaut and Coppola, Alfonso’s combination of visual style and storytelling come together in RUMBLE.