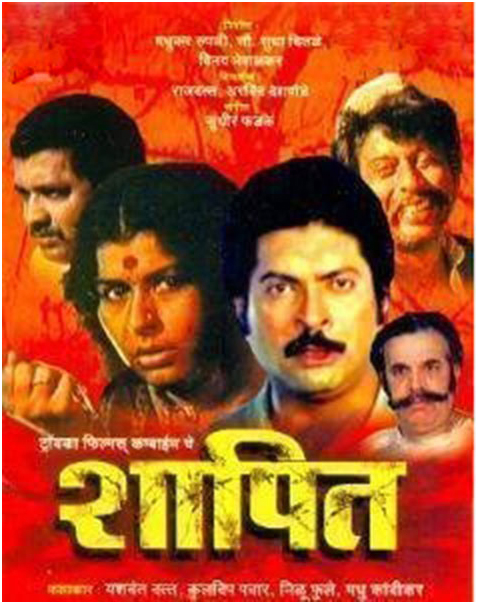 Shapit is a hard hitting tale of disparity that lies between rich and poor. How the caste, social and, economic status which makes rich and affluent exploit the poor and, those who are of lower caste plays big part in daily life of a commoner is depicted in the film.

Rajdutt is a noted Marathi film director who has an integral part of 1960s Golden Era of Marathi cinema. After working for more than a decade with Raja Paranjpe, he ventured into direction with film Madhuchandra. His films are known for compelling stories and, a social message that resonates with audience. Six of his films have won State Award and, Shapit, has won National Award for Best Marathi Film.