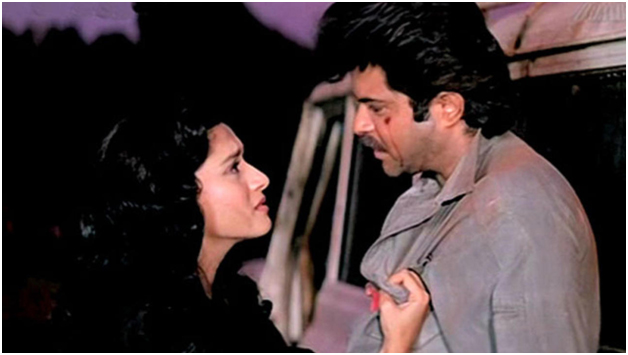 Mahesh Deshmukh has joined the nation's armed forces so he can honestly and patriotically serve the country. During his college days he has a run-in with fellow-student Mohini. A bet between his friends and himself ends up with him falling in love with Mohini, who subsequently realizes that he indeed has fallen in love with her, and she too reciprocates. Mohini's dad is an alcoholic and wishes that Mohini takes up dancing and prostitution so that he can get his daily dose of alcohol. Mohini attempts to take refuge with Mahesh, however, circumstances tangle Mahesh to such an extent that he is arrested, charged, and sentenced to stay away from Bombay city limits. When Mahesh returns, he is no longer the honest and patriotic Mahesh, but a gangster named Munna, who has many old scores to settle.

N. Chandra (born 4 April 1952) is a producer, writer and director, known for gritty realism, in his early dark and loud films such as Ankush, Pratighaat, Tezaab and Narsimha. He got his break in film industry came in 1971, as a clapper boy in Gulzar's Parichay (1972), gradually moving up as film editor and assistant director. Eventually, with Ankush, his directorial debut, in 1986, Chandra began his projection of the angry young man. This theme was constant in his films that followed: Pratighaat, Narsimha and, Tezaab