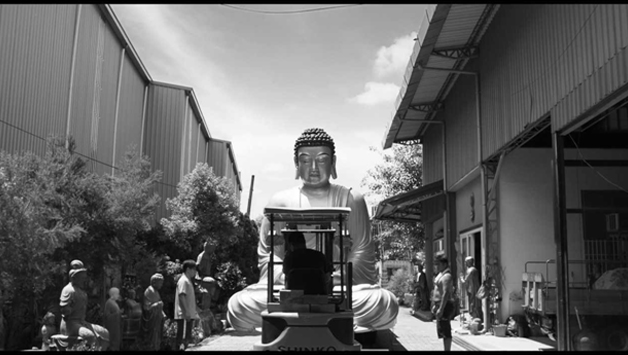 Pickle is a night security guard at a Buddha statue factory owned by rich playboy Kevin. There, he is frequently visited by his best friend Belly Button, a recyclables collector, and together they endure the dull nightshift by watching television – until it gets broken one night. Hoping to find some drama, they stumble upon Kevin’s dashboard camera, where they find footages which contain their boss’ ugly secrets that will change their lives forever. The story involves gods, the middle-aged men's sexual desire and the conversation between ghosts and humans. Maybe the audience will find it preposterous, but isn't life itself a farce?