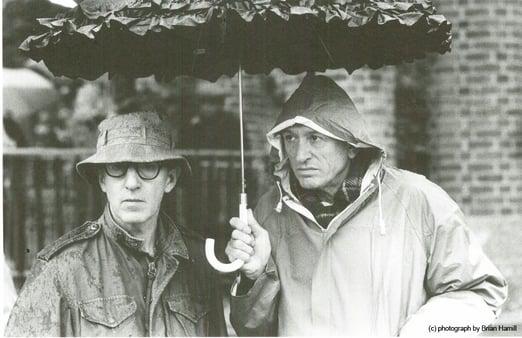 This documentary is the story of the artistic life of Carlo Di Palma, the Roman-born director of photography and artist-craftsman. Water And Sugar is also a journey into Italian cinema through the lens of his career, totalling more than 100 films: from the neorealism of Luchino Visconti, Vittorio De Sica and Roberto Rossellini to the masterpieces that marked the history of world cinema, including Deserto Rosso and, Blow Up by Michelangelo Antonioni, and Di Palma's long collaboration with Woody Allen. Anecdotes, reflections and commentary by prestigious figures of world cinema such as Bernardo Bertolucci, Wim Wenders, Volker Schlöndorff and Ken Loach accompany us on this fascinating voyage infused with the colours and vision of essential Italian cinema.

Fariborz Kamkari is a Kurdish Iranian film director and producer. Kamkari was born in 1971 in Iran, and studied cinema and theatre in Tehran, Iran. In 2002, he wrote and directed his first feature film, Black Tape. The film won the top jury prize at Cinequest Film Festival, and was in competition at the Venice Film Festival. His recent documentary about the life of legendary cinematographer Carlo Di Palma went on to be screened at many festivals and, won accolades.